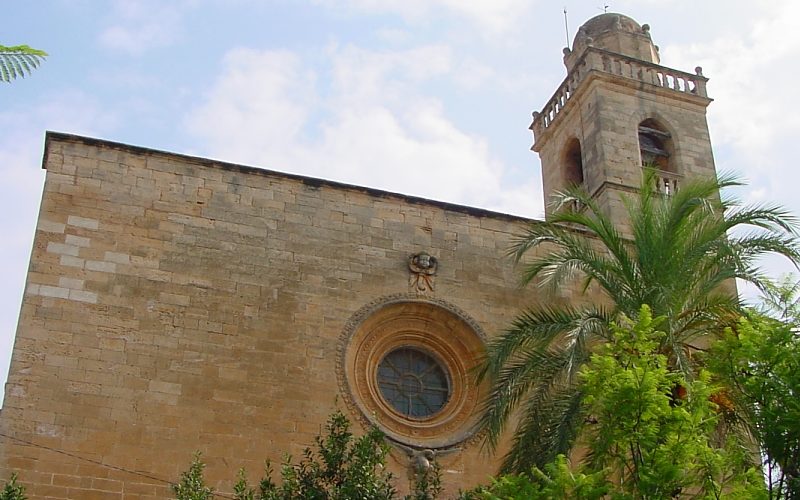 Convent and Church of Sant Bonaventura

The first request to found a convent in Llucmajor dates back to 1576, whose initiative emerged from the convent of Jesús de Palma, founded by Father Catany, a native of Llucmajor. From there, brothers and other preachers came to ask alms for the village’s farms. The Carmelites tried to settle in Llucmajor but the people decided that the Franciscans were those who settled. After the bureaucratic proceedings, the first Franciscans settled in their first monastery on the street with the same name (Monastery). The first years the Franciscans lived on the grants that the city council granted them.

The Franciscans soon approached the people, carrying out their apostolic work, offering also study centers where culture could be received and transmitted, as well as assisting the sick and the poor. The Convent of Llucmajor soon became an important center of Christian faith and culture.

In 1608 they were located in the current location and the church was built between 1620 and 1656. The convent was built after the temple, in the second half of the s. XVII. The temple is of Renaissance style with sober and elegant lines.

The main portal is baroque of the s. XVIII, with the “Porta Coeli” characteristic of the Franciscan temples. In the niches on the sides, now empty, were the statues of San Francisco and Ramon Llull. In the upper body and in the center is the Immaculate and the portal finishes the Franciscan shield presided over by the cross. On the main portal there is a rosette with concentric moldings and on its right a sundial. The lateral portal is, also, of baroque style and is presided by San Buenaventura. The bell tower has a square base and at the top it is surrounded by a balustrade.

Among the illustrious Franciscans of Llucmajor, the figure of Father Boscana (1775-1831), who participated in the Californian Mission of San Juan de Capistrano, stands out.

We use our own cookies and third-party cookies on our websites to improve our services. By browsing our pages you consent to the use of cookies.Read moreAccept